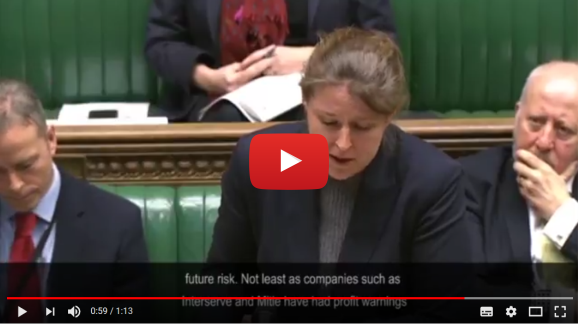 Last July the Government was scrutinised over the profit warnings issued against Carillion, which employs 20,000 people across the country, including people here in York. Many of these infrastructure companies run contracts from Government and the wider public sector, with a model of creaming off the profits and holding down workers’ wages.

While Carillion does a lot of work in the rail industry, it also has contracts with hospitals, local government, prisons, and right across the public sector. These companies have overstretched themselves and through a risk-based approach, has put at risk the jobs and apprenticeships of thousands of workers.

While other companies are in a similar position to Carillion, Carillion hit the buffers earlier this month, and while the shareholders looked after themselves, it has put many people out of work. Corporate greed at the expense of a fair deal for workers, the real wealth earners, is rampant across the economy, and that is why Labour has been setting out an alternative business model this last week. We would end the contract culture, and ensure that as much as possible is run by the public for the public. In the sixth richest nation, I believe that we need to see a far fairer distribution of wealth.