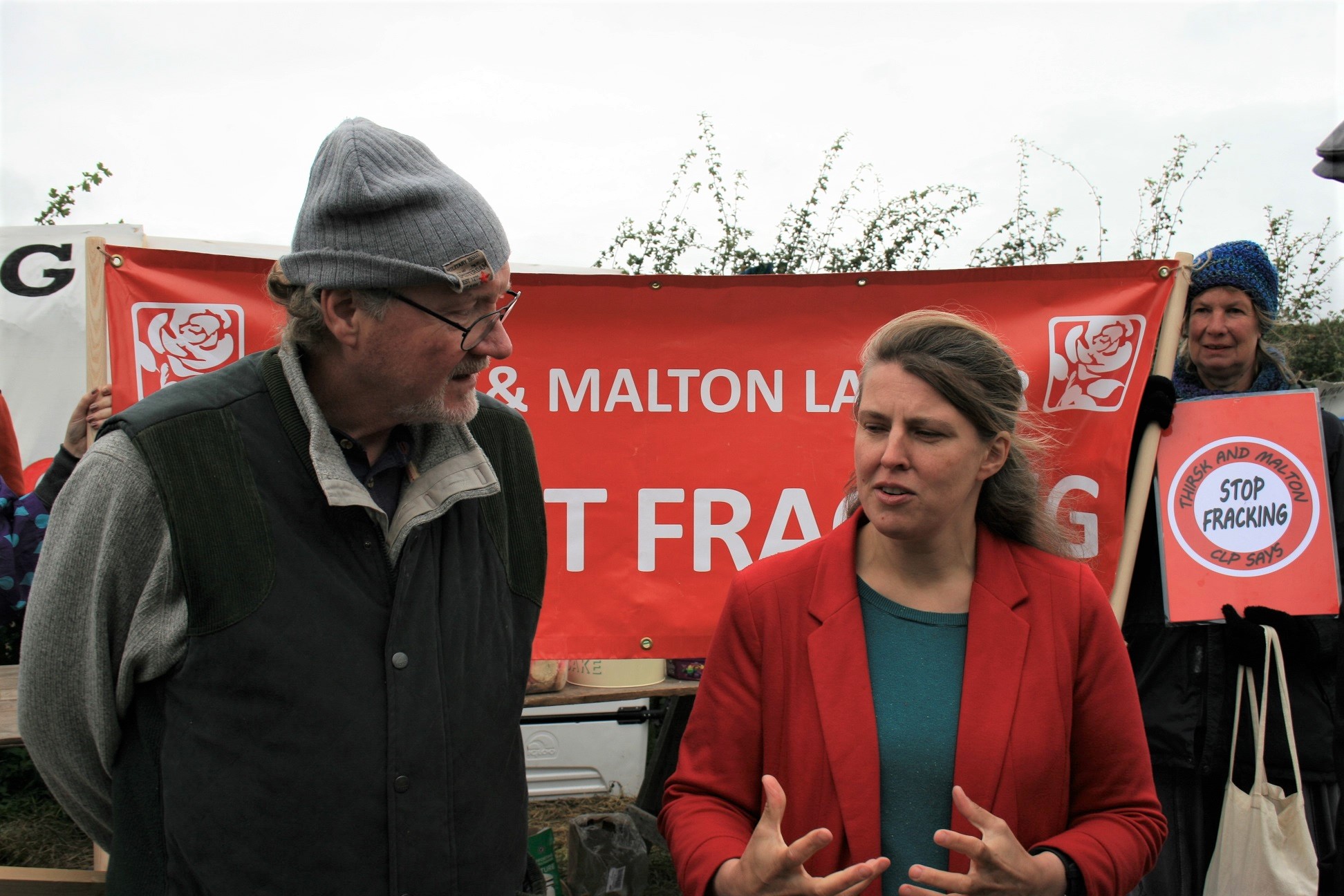 Rachael Maskell MP for York Central joined with anti-fracking campaigners at the gates of the fracking  site in Kirby Misperton, Ryedale yesterday to call for an end to fracking and for the local Council to listen to the objections from the local community.

Rachael Maskell MP says:
“I wanted to come to Kirby Misperton today to listen to campaigners from the area on how the fracking operation is now accelerating despite the many concerns of the local community not being answered or heard. I know there have been arrests in the past few weeks and I want to learn more about the policing of this fracking site.

“The world is paying a heavy price for irresponsible decisions over energy production and use as climate change continues to accelerate, and if politicians do not heed this urgent message, then it is vital that citizens are allowed to use the power of protest to wake politicians up to this catastrophic reality.

“Fracking will lock us into an energy infrastructure based on fossil fuels right at the time when we need to decarbonise our economy. I will take all I learn back to Westminster to continue to call for the Government to back Labour’s plan to invest in renewables and to ban fracking.”

David Yellen, the Chair of Thirsk and Malton Labour Party says:
“We are convinced that any financial gain from fracking for Third Energy, INEOS and the rest of them will be vastly outweighed by the damage to farming, tourism and the environment and to the health and wellbeing of residents. We believe we are winning and will keep campaigning until fracking is defeated”.