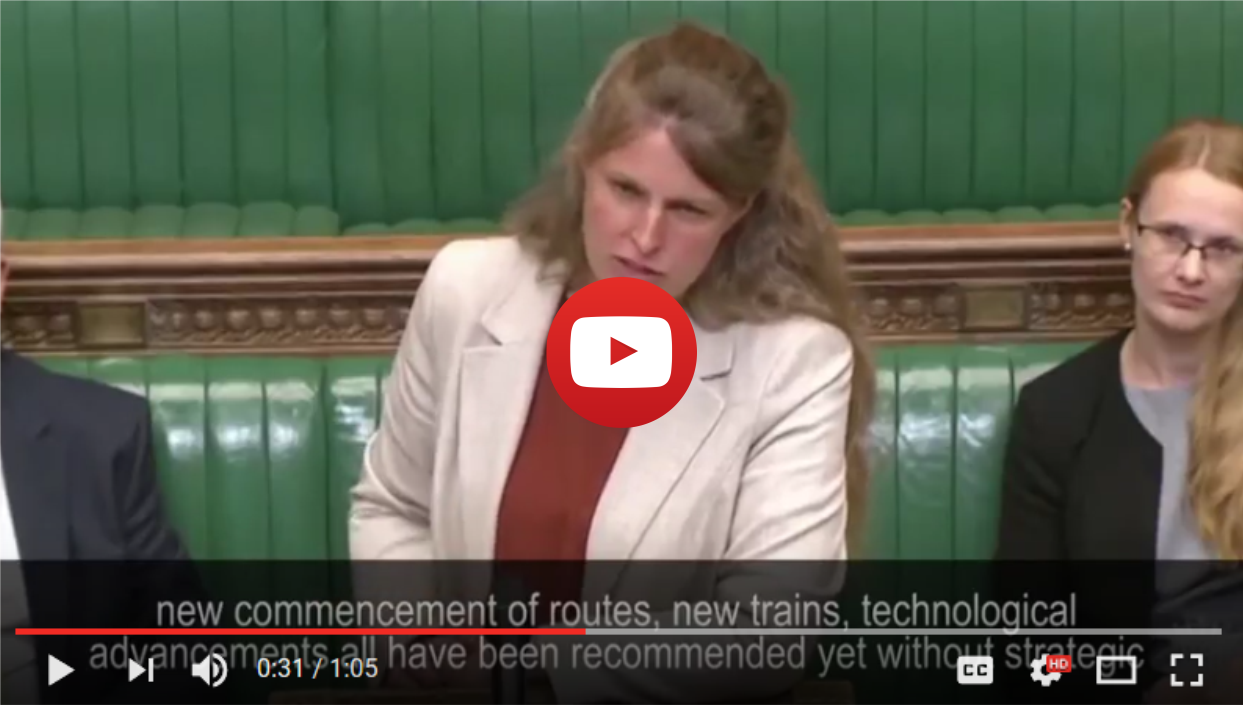 Rachael Maskell York Central MP has been appointed as the Shadow Rail Minister in the reshuffle which took place on Monday. Ms Maskell, who was re-elected on 8 June with an 18,575 majority is looking forward to developing Labour’s rail strategy, not least due to the pivotal role that York has played as a railway city through the years.  The MP has been promoted as Jeremy Corbyn prepares his line up ready to challenge the Government and face the possibility of another General Election.

“York has always been at the centre of the rail industry in the past and I want this to continue in the future.  I have worked closely with the rail industry since first being elected MP for York Central in 2015.  I have spoken up about the urgent need for the upgrade of the Transpennine route and for infrastructure on the East Coast mainline, and discussed the future opportunities the sector can provide for jobs.

“There are many challenges facing the rail industry today including the need for future growth and the need to improve infrastructure whilst ensuring our railways are safe and secure.  I will hold the Government to account on all issues, and ensure that we build a transport system that addresses capacity challenges and improves our environment, including air quality.”

“It is time the rail industry put the needs of passengers first, a point made by rail expert, Chris Gibb, who’s report on Southern Rail I shall be debating in Parliament today. Rail is a safety critical industry, and I won’t let corners be cut by companies trying to ever drive more profit out of the system. Passengers also deserve a fair deal on fares, better access and improved reliability.”

“I look forward to working with Labour’s transport team in building an integrated transport system, where rail comes back under public ownership and the public get the best deal to meet their travel needs”.