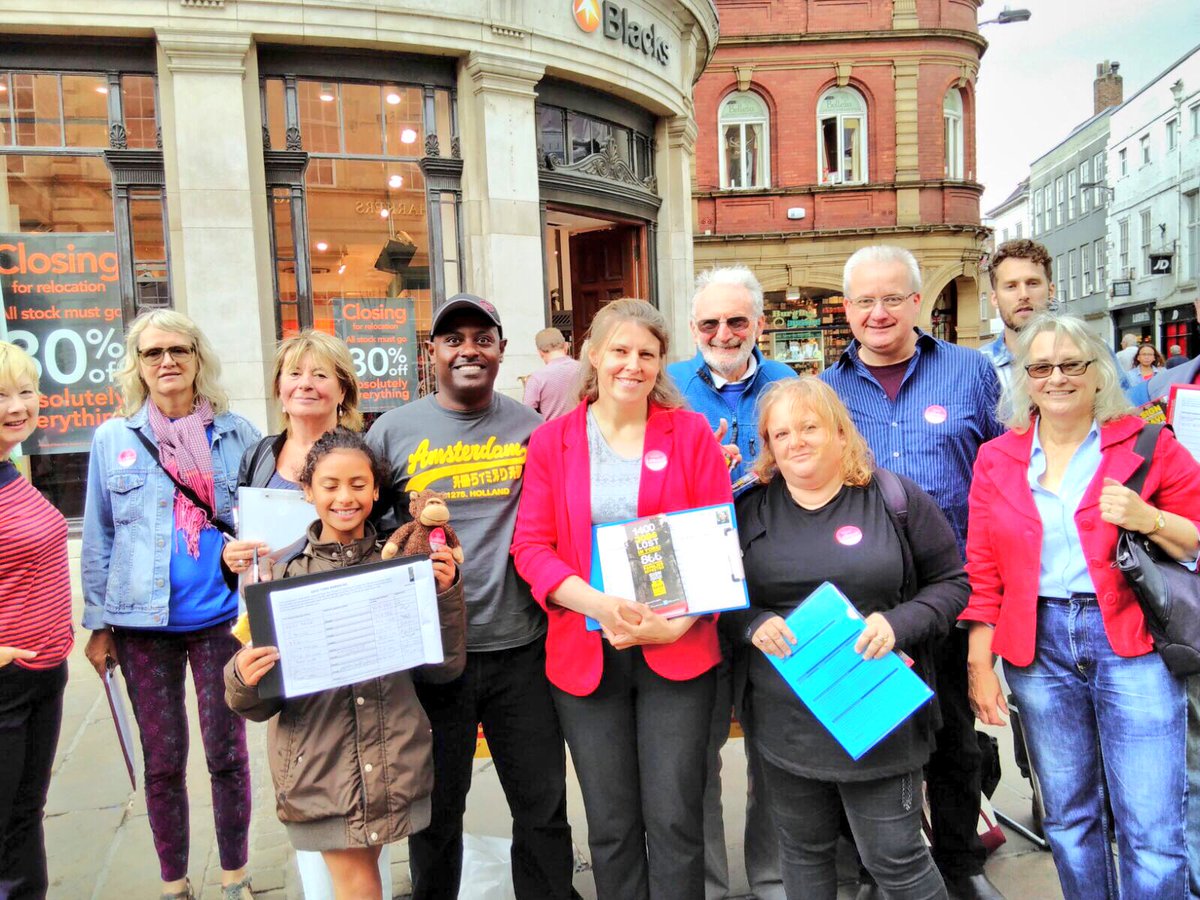 To mark Armed Forces Day on Saturday 24 June, Rachael Maskell MP for York Central has called on the Government to give our Armed Forces a better deal and to save York’s Barracks. Ms Maskell continued to gather signatures for her petition to save Imphal and Queen Elizabeth II Barracks with a stall in the city-centre, before making a speech in the afternoon at the York Armed Forces Day event on Parliament St.

Rachael Maskell MP says:
“I am proud to support our serving personnel, veterans and their families, on Armed Forces Day. It’s important that we have a day that recognises the hard work and bravery of the forces community but of course we need to be supporting them year round and the Government must ensure that our Armed Forces are getting a good deal on pay, welfare, housing and services.

“We have a duty to properly reward and remunerate our Armed Forces. Under the Tories, our Armed Forces have been hit by rent rises, pay restraint, and changes to tax and benefits, putting real pressure on service personnel and their families.

“Since 2011, the number of armed forces personnel leaving the Forces has outstripped those joining and satisfaction with Service life has dropped every year since 2009.

“I’ll be attending Armed Forces Day on Parliament St and I look forward to celebrating the day with the whole community. The campaign to Save York Barracks continues, I will be petitioning the Government to reverse the decision to close Imphal and Queen Elizabeth II Barracks, which will mean 1,600 jobs lost in York having significant impact on our local economy and an end to York’s long history and heritage as a Garrison City.”

Armed Forces Day is held the last Saturday of June every year to celebrate the work of our Armed Forces and their families, more information here: https://www.armedforcesday.org.uk/

The Armed Forces Continuous Attitude Survey has showed a drop in satisfaction with Service life every year since 2009, full report here: https://www.gov.uk/government/uploads/system/uploads/attachment_data/file/615748/AFCAS_2017_Main_Report.pdf

The number of personnel leaving the forces has outstripped intake rates since 2011, full personnel statistics can be found here: https://www.gov.uk/government/uploads/system/uploads/attachment_data/file/618747/20170501_-_SPS.pdf