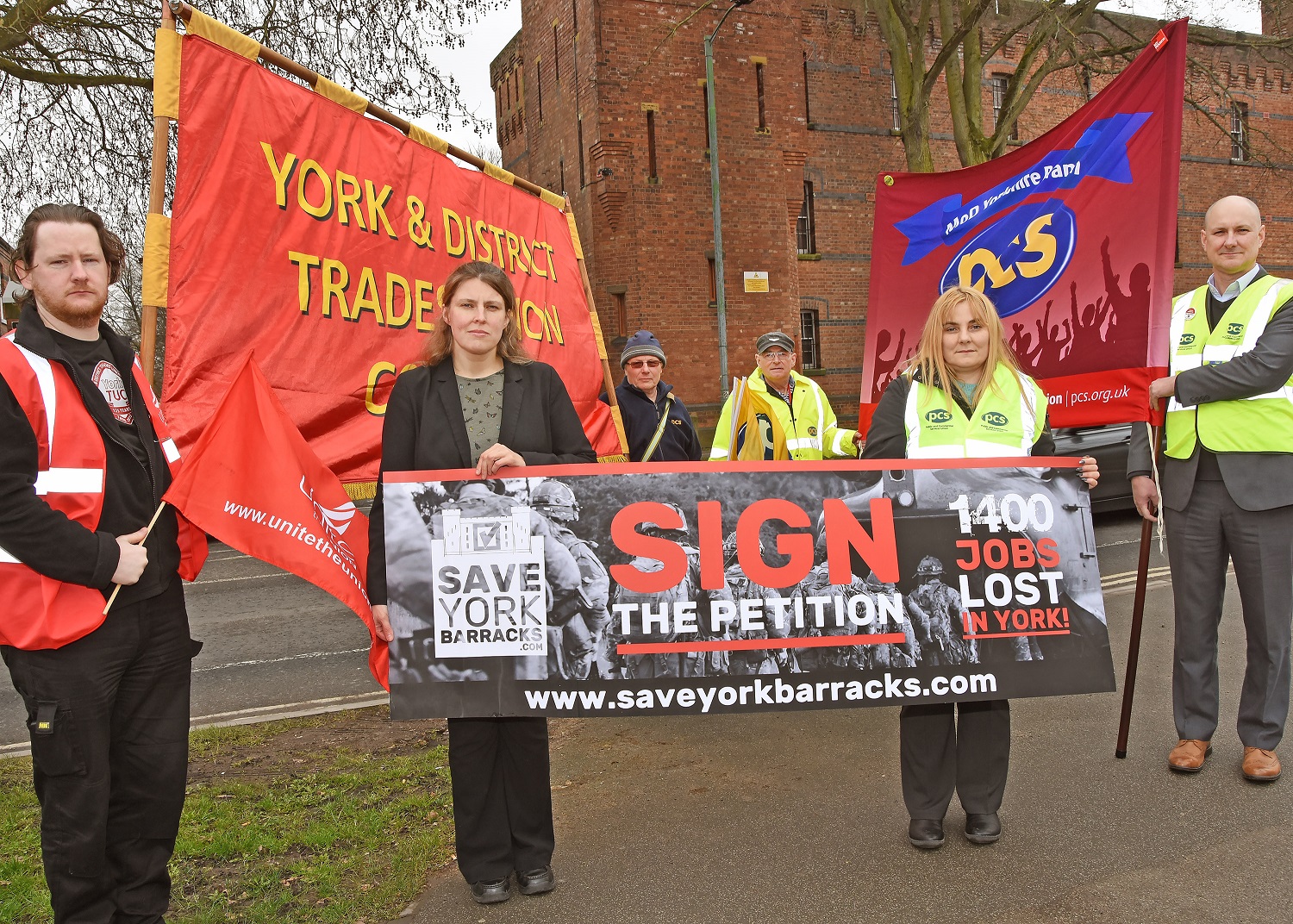 Rachael Maskell MP this week launched her petition to Save York Barracks at Imphal Barracks on Fulford Road. Ms Maskell is leading the campaign to reverse the Government’s decision to move 1400 skilled jobs from the city and protect 2,000 years of York’s proud history as a Garrison City. Sign the petition at: www.saveyorkbarracks.com

Rachael Maskell MP says:
“There is a strong case to be made to Save York Barracks, the Government has still not undertaken any economic or social impact assessments, so there is time for York residents to make their voices heard loud and clear. I have already spoken in debates and asked Parliamentary questions opposing the re-basement program and will take this petition and a strong voice from York to Parliament to continue this fight.

“York has 2,000 years of proud history as a base for armed forces. We will lose 1,400 skilled jobs from our city and there will be 866 armed forces families affected. I will speak out and protect York’s economy and community.

“York gives Army families real opportunities and none of us will forget the vital role the Army played in the floods just over a year ago. Our excellent schools enable the children to catch up on their education, spouses and partners have access to jobs and further education, and retiring personnel have a good environment in which to transition back into civilian life. The Army truly value being here in York and York truly values the Army being here.

“We are especially proud of the close relationship that those serving our country have with the city, from the Nepalese community and our Gurkha Soldiers, to the links that are built with our veterans, reservists and cadets. We trust that everyone in York will take just a few minutes to sign the petition to Save York Barracks at www.saveyorkbarracks.com, or to sign the petition as we are out in the city over the coming weeks.”

Simon Elliott, Regional Secretary for the Public and Commercial Services Union (PCS) which represents MOD civilian staff says:
“PCS is opposing the proposed closures of key Ministry of Defence sites in York. There will be a huge economic impact on the area if Strensall and Imphal Barracks are closed. Millions have been spent by the MOD investing in the area, and vital staff who support our armed services face an uncertain future.”