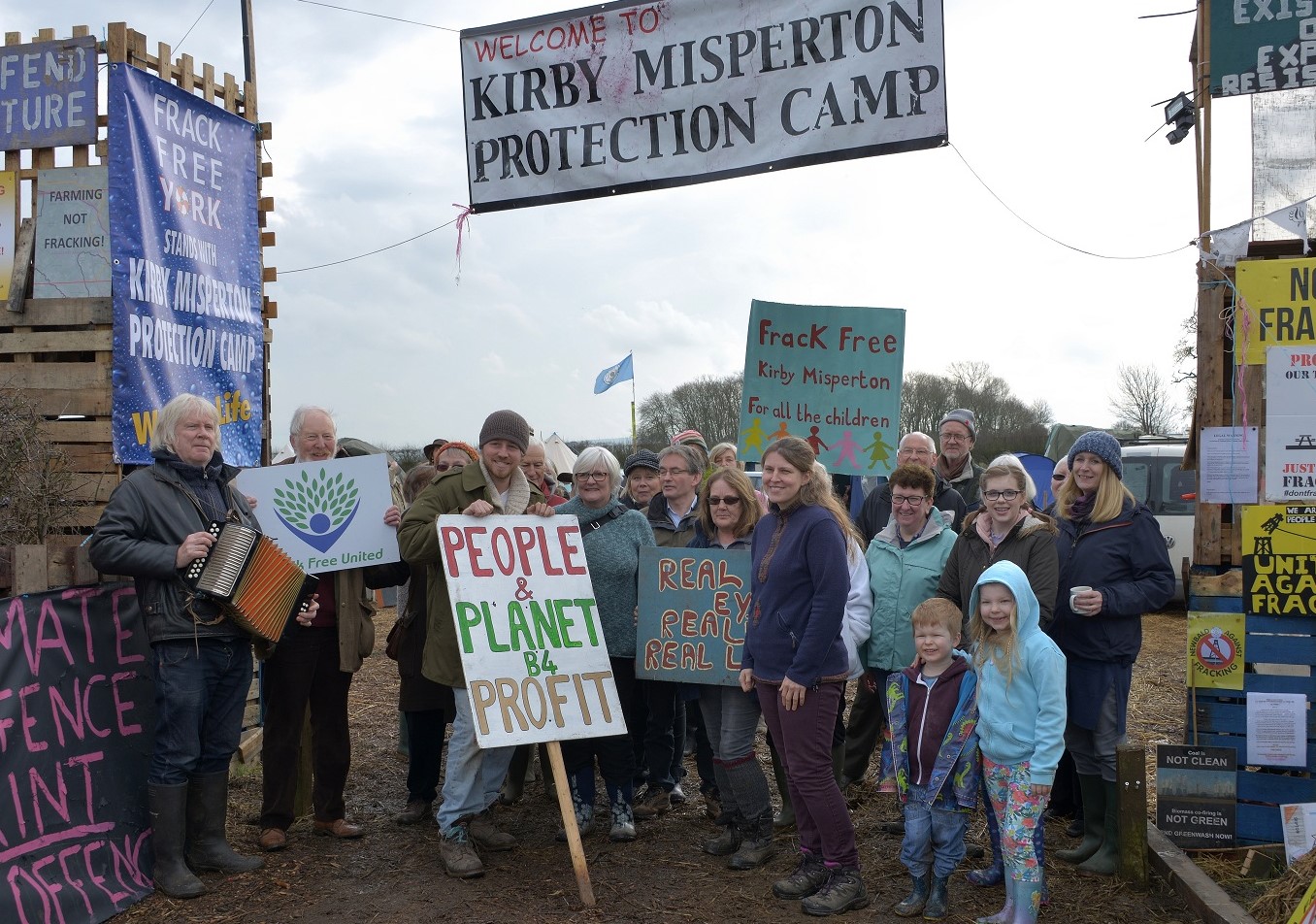 The Protection Camp was established just before Christmas, with locals providing food, bathroom and laundry services for the residents. The camp has since seen over one thousand visitors, and construction has also taken place of an equipped kitchen, a saloon lounge and a broadcasting studio. People there are preparing to take direct action to prevent fracking.

Rachael Maskell MP says:
“Kirby Misperton is on the front line in the national fight against fracking. There were over 4,000 objections to the planning application, over 99% of all respondents, all of whom were completely ignored. If politicians do not listen to the voices of local residents, then they are left with no choice but to take direct action and protect their environment, and then have their say at the ballot box come the election.”

Eddie Thornton, local resident said:
‘”For the last 3 years my community has tried everything within the normal system to stop fracking, but our voices have been ignored. So now we have no other option to engage in a sustained campaign of peaceful, non violent direct action to let central government know this district is not for fracking.”

Thirsk and Malton Anti-Fracking Campaigner, Mick Johnston says:
“Thirsk and Malton Labour Party stands with the Kirby Misperton Protection Camp and applauds its commitment to the environment and its ethical campaign pledge. We need to invest in renewable and community based energy sources and not the harmful burning of more fossil fuels.”

Kit Bennett of Frack Free York says:
“I’m thankful for all the support that Rachael has given to our campaign for a clean energy future for the UK. Fracking poses a serious threat to the blossoming agricultural and tourism industries of North Yorkshire.”