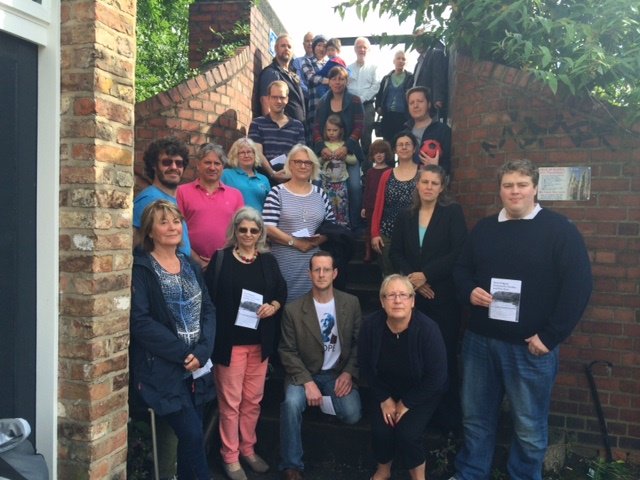 York Central MP, Rachael Maskell and local Holgate Councillors have begun the next stage of a widespread consultation with local residents to discuss the future of the York Central site.

Cllrs Sonja Crisp, Fiona Derbyshire and Mary Cannon who represent Holgate Ward, together with York Central’s MP Rachael Maskell, have been out consulting residents about the York Central plans. The Councillors and Ms Maskell have already embarked on a number of high level meetings with developers over the plans for York Central and they have raised their concerns about the ability of the Council to deliver a development which meets the needs of York residents.

Having engaged in a number of community meetings, the Labour team believe that local residents must have a voice over the development of their city.

Rachael Maskell MP for York Central says:
“Deals involving people who don’t necessarily represent the local community around the York Central site have shown how desperate the local council and neighbouring Tory MP are to push through plans that will not provide the homes and jobs that York so urgently needs. We are in the midst of a serious housing crisis in the city with 1624 people needing a roof over their head and homelessness quadrupling in the last year, and yet they want to develop 1500 luxury homes which, although called affordable, will be beyond the reach of families across the city. We already know that the Hungate site is not able to sell similar apartments, as this is not where the housing need is.

“York needs social and family housing developed, and it is the people of this city that will determine its future. I am concerned that the eight men in suits don’t represent my constituents and drew up the deal signed on Friday, behind the backs of local representatives and residents. This is nothing short of shameful.

“As Shadow Environment Secretary, I have already looked into the worrying air pollution in our city, the infrastructure proposals will be of further detriment to the city’s air quality, which is damaging the health of many of my constituents.”

Councillor Sonja Crisp, Holgate Ward Councillor, says:
“The Councillors and the MP for York Central are working together to ensure that local people are not pushed out of decision making in York and have a stake in the future of their city. The residents deserve a say and we will ensure their views are taken into account.”