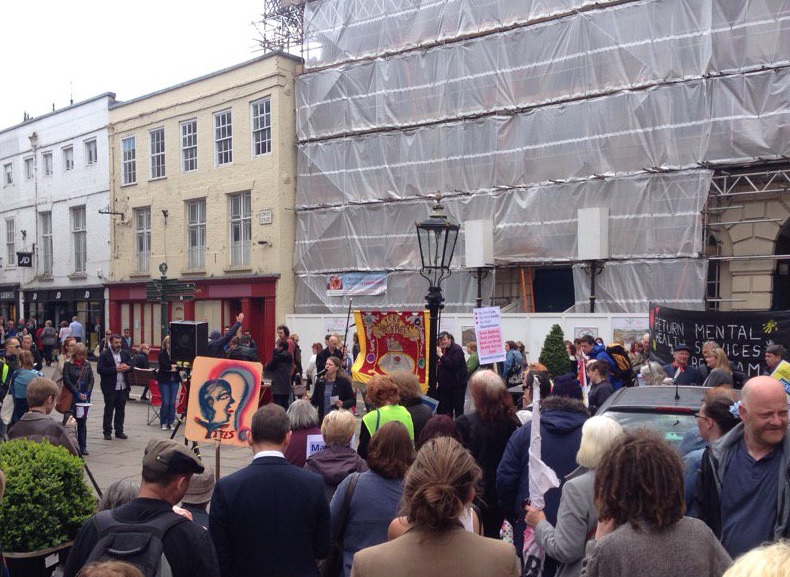 Rachael Maskell joined campaigners on the streets of York this weekend for a rally about mental health services. The march was organised by Mental Health Action York, a group that was formed after the sudden closure of Bootham Park Hospital in October 2015.

Rachael addressed the crowd and joined the march around the city centre.

Rachael Maskell MP said:
“What a fantastic turnout it is today. It is so important that we are standing up not just for the one in four people who experience mental health challenges but the one in one who could be affected by them.

“It is vital that we put this marker down today that we need quality mental health facilities in York. Let’s get marching for mental health!”