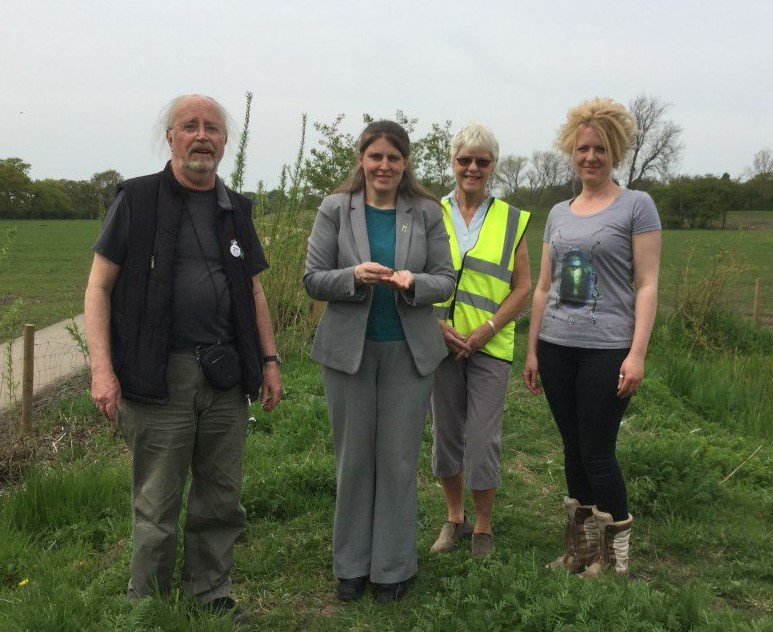 On Friday 6th of May, Rachael Maskell MP joined Dr Mick Phythian of York Natural Environment Trust and Vicky Kindemba from Buglife at the Clifton Ings. They went to catch a glimpse of one of Britain’s most endangered insect species, the Tansy beetle.

The Tansy beetle is an iridescent green leaf beetle, about the size of a small finger nail. Although once widespread across the UK in wetland areas, most of the remaining population is now found along the banks of a 30km stretch of the River Ouse around York. This rare species is endangered both in the UK and across the world.

The decline in Tansy beetle populations has led to its designation as a conservation priority species in England, which means public bodies have a duty to protect both the beetle and its habitat. Although the Tansy plant is widespread along the River Ouse, land-use changes and invasive species have resulted in a decline over the past few decades. The beetles are dependent on the Tansy plant as their sole food source. When a clump of the plants disappears, the beetles have to walk to a new one. This has had an adverse affect on Tansy beetle numbers as their population becomes increasingly disparate and isolated.

Rachael Maskell MP for York Central says: “It is a real privilege to visit this unique habitat just outside the city centre to spot the rare Tansy Beetle. This beautiful beetle has been described as the Jewel of York, and is a special species for many in our local community.

“I am delighted to be part of the Species Champions initiative, which aims to raise awareness of the Tansy beetle. I would like to thank the Friends of Rawcliffe Meadows and everybody involved in the conservation of this site which is so important for providing a refuge for this species to survive.” 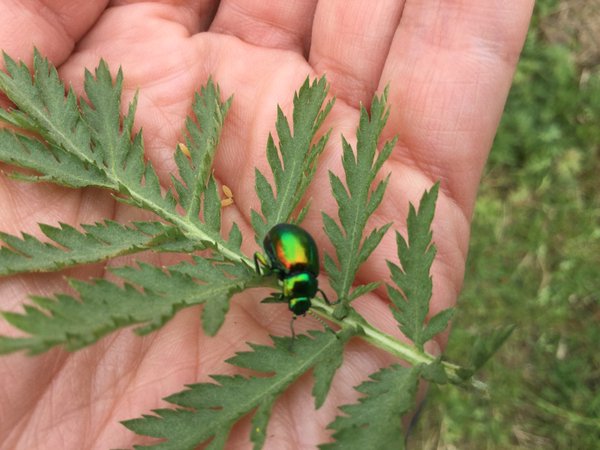