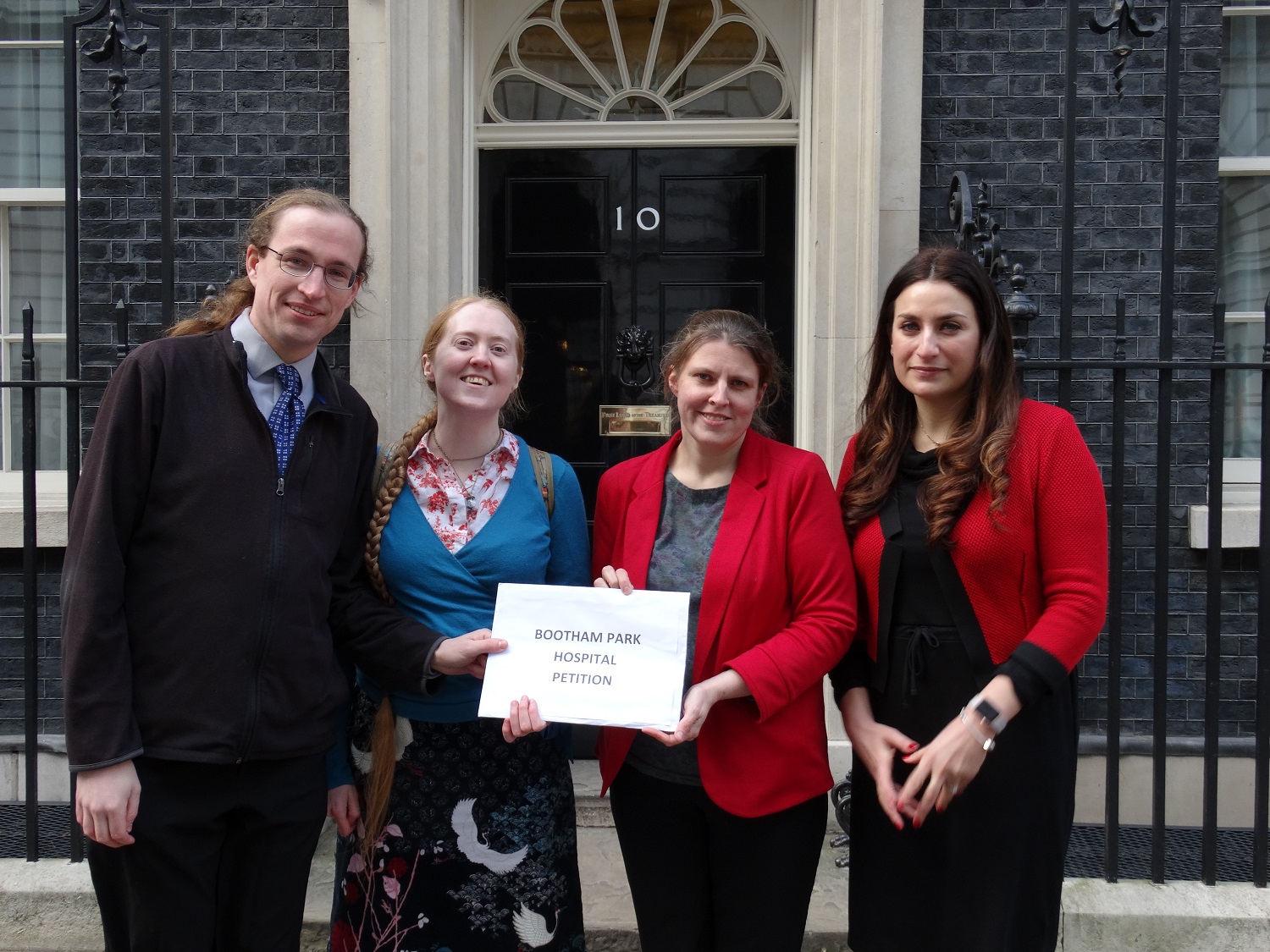 On Wednesday, Rachael Maskell MP for York Central was joined by York mental health campaigners Graham Martin and Kerry Owen, and Shadow Minister for Mental Health Luciana Berger to hand in a petition to 10 Downing Street, signed by over 8,000 people calling for the reopening of Bootham Park Hospital.

The petition was initiated by Tom Thistlethwaite, a York Central constituent in response to the decision by the Care Quality Commission to close the hospital with immediate effect on the 1 October 2015, giving patients and staff only four working days’ notice.  Following the closure several patients were transferred from York to places as far away as Middlesborough and Northallerton.

Ms Maskell has raised the issue of mental health services in York on many occasions. In her maiden speech in June 2015 she called on the government to provide a new mental health facility to be built in the city. Ms Maskell also secured a debate in parliament on Bootham Park in February this year and has been pushing for a government led, but independent, inquiry to look into the reasons that led to the closure.

Ms Maskell is calling for a new modern fit for purpose mental health hospital to be constructed on the Bootham Park site, stating that it is crucial to allow accessibility for patients and connectivity with York Teaching Hospital.

Rachael Maskell MP for York Central said:
“The closure of York’s only public adult mental health hospital with just four working days’ notice could have put lives at risk and should be subject to both an independent inquiry and a judicial review. The focus of this petition is to bring patients back to York and I will be campaigning to ensure that we have a state of the art mental health facility as soon as possible.

I have been in discussions with Historic England who assure me that the current Bootham Park Hospital site could accommodate a new build on the site, and I know that the current site is overwhelmingly supported by services users and their families and carers.

It is vital that the future of mental health services are built around those who will be using the service, now and in the future. The petition is a call from people across the city to ensure that this is achieved.”