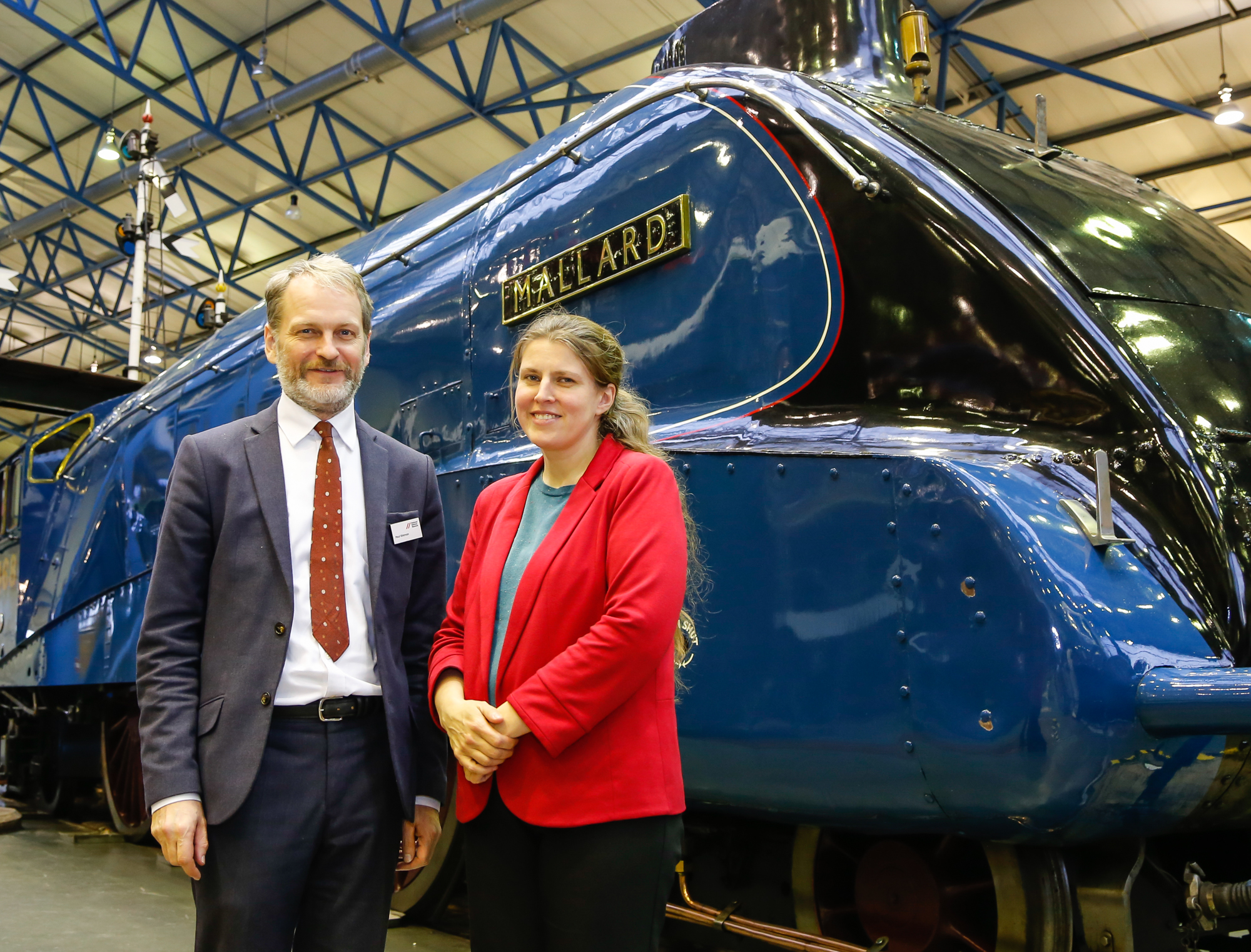 Rachael Maskell MP said:
“The National Railway Museum has placed York at the centre of heritage rail for the last 40 years. The Museum’s future plans, especially with its interactive gallery will make the national Railway museum the heart of rail’s future as it showcases engineering and the practical application of science.

“Paul Kirkman’s vision for the NRM will also be an essential building block for the future of York’s economy and is a vital part of the York Central offer. It will bring millions more people to York over the coming years as well as set the next generation’s imagination alight with its excellent galleries and learning opportunities.

“I’ll be supporting Paul every step of this journey.”

Paul Kirkman added:
‘I was delighted to welcome Rachel to the museum and I really value her support for our vision of an improved National Railway Museum being at the very heart of this York Central development, seen by many as the Kings Cross of the North.’

City of York Council recently approved a nine-point plan which will enable the development of the York Central site. The site will provide the city with commercial office space and up to 2,500 much needed homes. The Museum along with the Science Museums Group own around 25% of the land on the York Central site, so the Museum will be a major asset for the new development and bring even greater benefit to York. Mr Kirkman is committed to making the Museum a world class attraction, reflecting on our rail heritage as well as developing a new centre of excellence to look to the future.  In addition to the much visited engines and carriages the Museum will boast a new interactive gallery, temporary exhibition space and new facilities around a refashioned site.