International Day for the Elimination of Violence Against Women 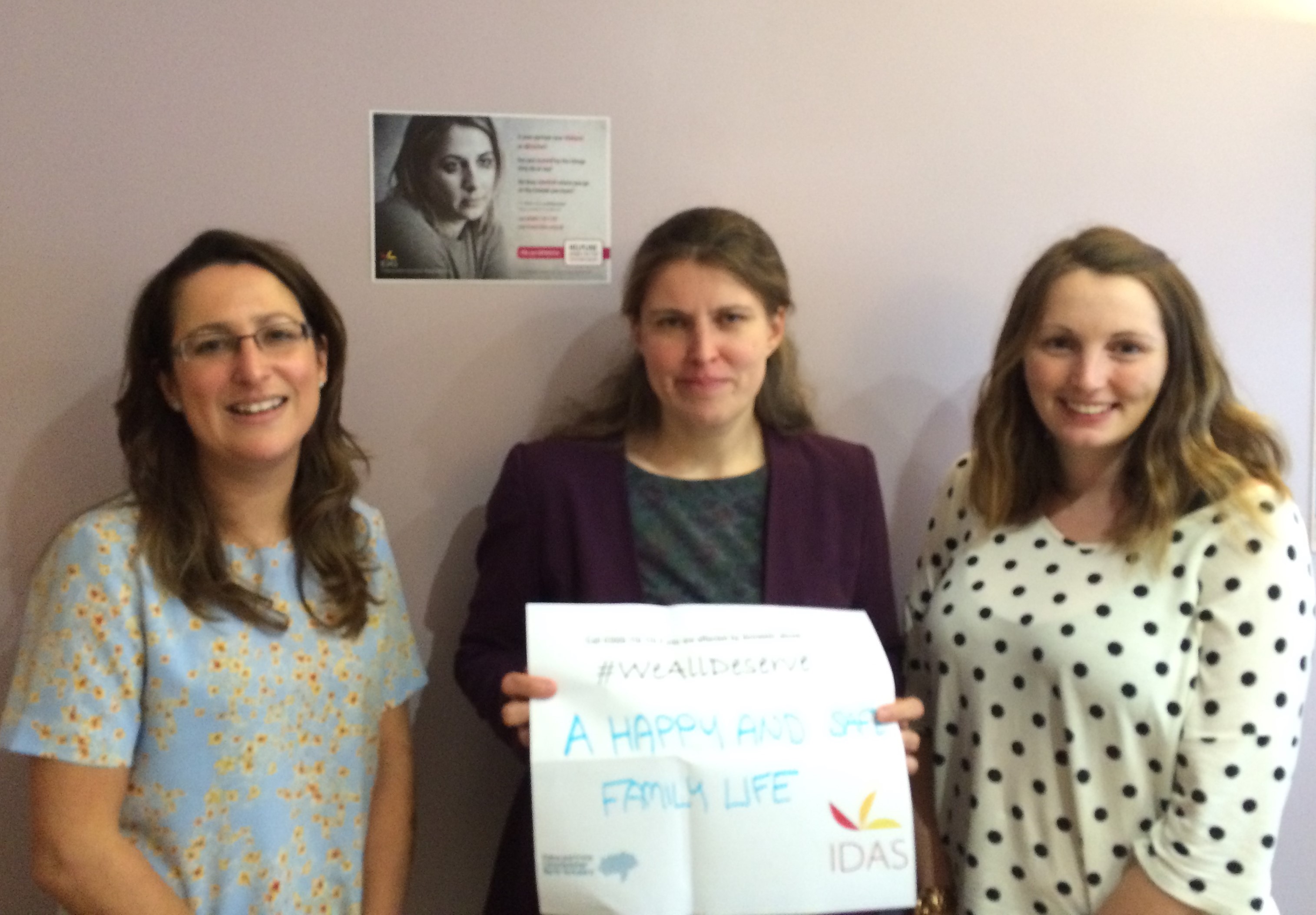 Rachael Maskell, MP for York Central met with the IDAS (Independent Domestic Abuse Services) team in York on International Day for the Elimination of Violence against Women. From the 25th November to 10th December, there will be 16 days of activism against gender based violence. The campaign is a time to galvanize action to end violence against women and girls around the world by:

The United Nations figures show that a staggering one in three women have experienced physical or sexual violence in their lifetime-a pandemic of global proportions. The UK based charity End Violence Against Women estimate that each year, domestically up to 3 million women experience violence, and there are many more living with the legacies of abuse experienced in the past.

As part of the campaign for action Rachael Maskell MP for York Central visited IDAS, a York and North Yorkshire based charity providing support services to all those experiencing or affected by domestic abuse and sexual violence, providing services such as refuge accommodation, outreach support and access to a free, confidential helpline.

Rachael Maskell MP for York Central says:
“It was great to meet the team at IDAS and learn about the crucial work they do every day for victims of domestic abuse and sexual violence living in our community.

“We know from recent national campaigns that many refuges up and down the country are closing due to severe cuts in funding and that this is leading ­to victims either being forced to return home to an abusive partner or seek a room at a B&B. The Women’s Aid Annual Survey for 2014 showed that nationally nearly a third of referrals to a refuge last year were turned away because of lack of space. This is truly shocking and we know that a reduced number of access to places of safety for women who are fleeing violence is putting lives in danger.

“It is imperative that as more victims come forward that services are properly resourced and funded. Urgent improvements to the way the justice system operates for victims of domestic violence are also required to ensure justice is served by granting proper funding to help increase conviction rates and ensure women have access to vital support services. Women and children experiencing domestic and sexual violence have been severely affected by the austerity agenda and the reductions to legal aid have had a major effect on women trying to escape domestic abuse and violence.

It is crucial that on International Day for the Elimination of Violence against Women that light is cast on the areas where the system is badly failing so many victims of domestic abuse and sexual violence. With local authority cuts, reduced resources and many refuges struggling to cope, we are now at crisis point and I call on this Government to act immediately to ensure safety for all women fleeing the horror of domestic abuse and violence.”

Sarah Hill, Director of IDAS says:
“There are over 3,000 reports of domestic violence in the City of York each year and so it is crucial that we get the message out there that violence and abuse is never acceptable.  I would urge anyone affected by abuse to come forward and get the support that they need.  Our helpline is available 24/7 on 03000 110 110.”