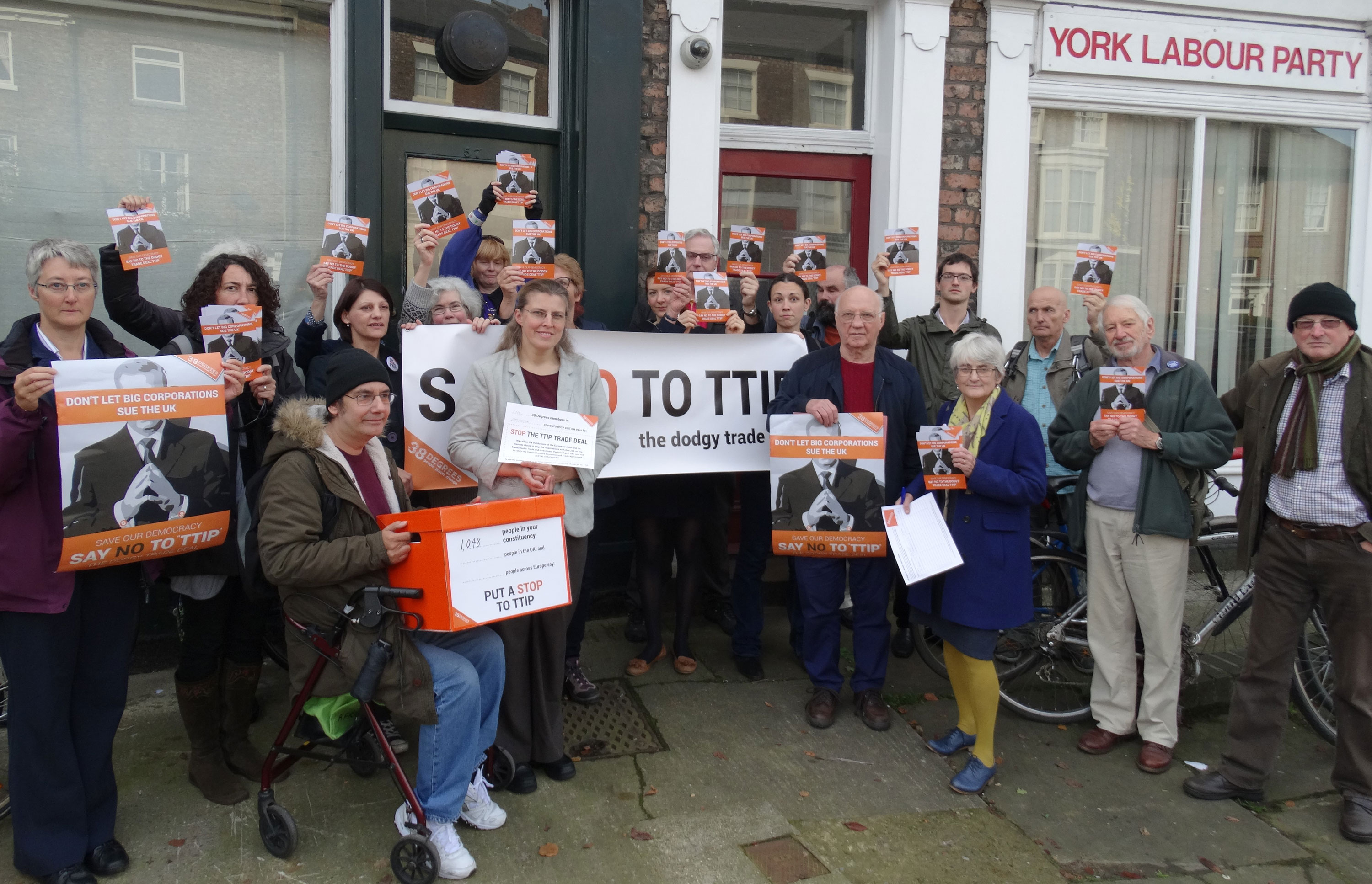 Last weekend, anti-TTIP campaigners from York visited Rachael Maskell, MP for York Central, to present their petition calling on the European Union and its member states to stop the negotiations with the USA on the Transatlantic Trade and Investment Partnership (TTIP).

Signed by over 1000 people, signatures have been collected by campaigners on the streets of York and through the 38 Degrees website.

The controversial Transatlantic Trade and Investment Partnership (TTIP) is currently under negotiation and would be the biggest trade agreement of its kind, affecting one quarter of global trade. Ms Maskell has voiced her opposition to TTIP, campaigning against it at a national and international level on the grounds that it will detrimentally affect our public services and NHS if brought into force.

Rachael Maskell says:
“I have real concerns about many aspects of the TTIP negotiations. Not only would TTIP have a negative impact on our NHS, but also on our employment rights, our food industry and over governance of pharmaceuticals.

TTIP will liberalise our public services and NHS and enable greater outsourcing of services, but prevent governments from reversing these decisions.

The Government is fully embracing TTIP, which is putting our public services at risk from irreversible privatisation. If brought into force US health companies could have the right to sue a future UK Government if elected politicians try to reverse any privatisation.

I am further concerned about the ISDS (Investor-State Dispute Settlement) clause contained within the TTIP negotiations as it is a mechanism for holding secret tribunals apart from our legal system which will dissuade nation states from bringing challenges against multinational companies seeking to maintain or extend their footprint in our economy, even against the democratic decisions of our Westminster Parliament.

Ultimately TTIP is a deregulation instrument, that will undermine employment rights and force privatisation of our public sector.

I would really like to thank everyone in York who has campaigned to raise further awareness of the negative impact TTIP will have on our everyday lives if brought into action.

I will continue to work to ensure that exports are not tied up in unnecessary tariffs, but the sovereignty of our government is not undermined by TTIP”