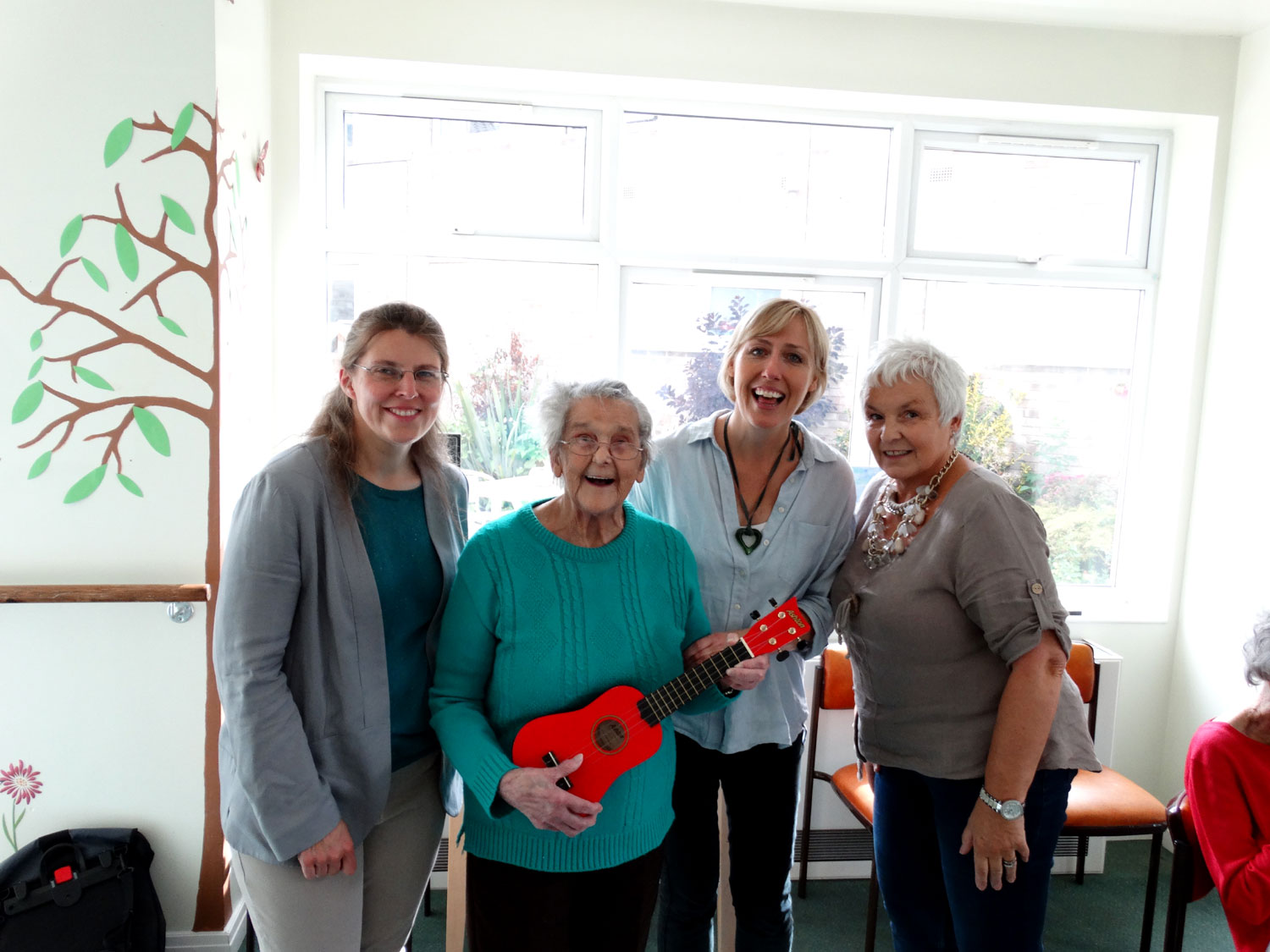 Rachael Maskell met with Val Sutton – Chair, Fiona Chapman – Project Manager and Lead Musician and members of the Musical Connections group at Morrell House in Burton Stone Lane. Musical Connections run a participatory music programme for older people and people living with dementia in the council’s care homes and sheltered housing schemes. Residents are encouraged to join in the music at whatever level they feel comfortable with and every range of ability is catered for. Musical Connections also tries to provide a platform for communication and interaction, and to create a sense of community and belonging.

Rachael Maskell MP says:
“Dementia is rapidly becoming the health and social care challenge of the 21st century. The number of people affected is set to soar because of an expanding older population.  It is great that everyone is living longer but this causes problems because of the number of people who need help and support to live their lives.

“Unfortunately, there is no long-term cure for dementia but there are ways of helping people.  The power of music, especially singing, to unlock memories is an increasingly key feature of dementia care. Music reaches parts of the brain that other forms of communication can’t and it triggers memories for dementia sufferers and elderly people.  Whether people are singing along to songs from Oklahoma, sounds of the sixties or rock ‘n’ roll, there is something for everyone.

“It is fantastic to see Musical Connections reaching out to the community and helping so many people.  Many elderly people, whether they have dementia or not, can feel lonely and isolated. This project helps every single person to feel valued and included.  I congratulate Val and Fiona for the wonderful work they are doing and also for obtaining charity status for Musical Connections.  It is a very worthwhile scheme and I hope people in the community will support them.  The new charity is an excellent project and I want to see it go from strength to strength.”

Fiona Chapman – Project Manager and Lead Musician says:
“All human beings respond instinctively to music – it is part of who we are – and as this response is not learned, it’s something we don’t have to worry about forgetting.

“This makes music an incredibly powerful tool in improving the quality of life of people who are living with dementia, particularly where they are supported to engage actively with the musical process. We are extremely grateful to City of York Council, the Joseph Rowntree Foundation and the Big Lottery Fund for supporting our work to date, and hope that, as we move forward, other funders will also see fit to lend us their backing”

The Musical Connections project is in the process of converting to a charity and expect to have been awarded charitable status by Christmas, which the organisers hope will open up new avenues for project development and funding. They hope this will also create stronger links with the local community by enabling people who are socially isolated to get involved with the sessions. They also hope to establish community choirs and increase the number of schemes involved to expand the programme. In the last 8 months, 150 participants have stated that the sessions make them feel happier and more positive, help them be able to make contact with others and give them a greater sense of personal wealth.