Rachael gets straight to work in York 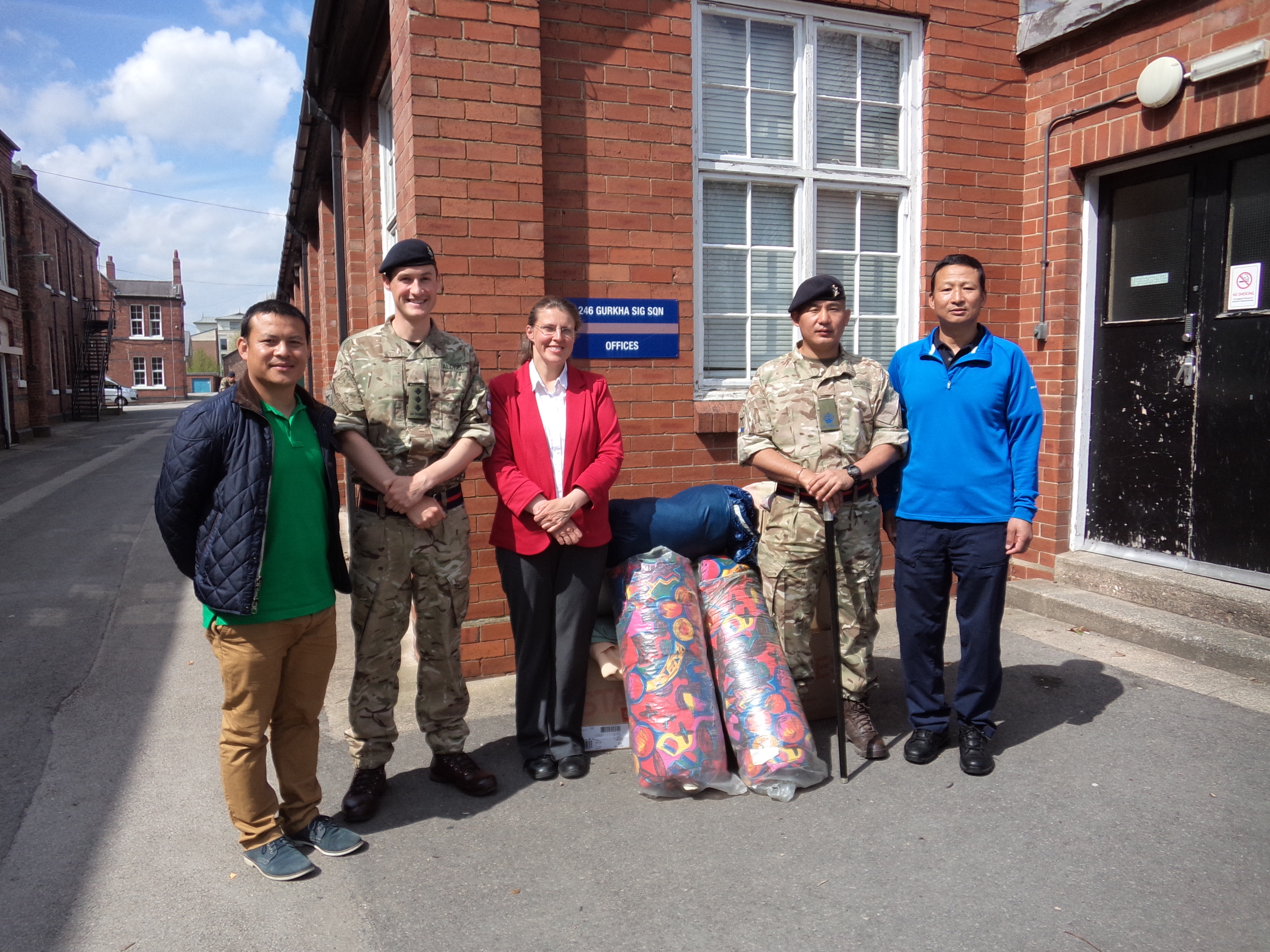 Rachael Maskell, the newly elected Member of Parliament for York Central, has begun her new role as the City’s MP by delivering tents, sleeping bags and blankets to the Gurkha Regiment at Imphal Barracks.  As part of ‘Labour in the Community’, donations were collected by members of York Labour Party in response to an appeal by the Gurkha Regiment in York on behalf of the earthquake victims in Nepal.  More than 7,000 people are thought to have died as a result of the earthquake, with thousands more injured, and more than 70,000 homes destroyed.

“Labour Party members wanted to show solidarity with Gurkha families in the constituency of York Central at this difficult time by donating much needed tents, sleeping bags and blankets. As a Party, we recently launched ‘Labour in the Community’ -; a practical way by which we don’t just talk about issues, but live out our politics in supporting our community. It has been important for York Labour Party members to take time to reflect on the earthquake in Kathmandu. As well as the direct effect this devastating earthquake has had on people living in Nepal, it has also had an impact on our community here in York because many Gurkha families from Imphal Barracks have family and friends who have been lost and injured in this tragedy.”

“The response from York Labour Party members to the earthquake appeal has been overwhelming. Although our response is a drop in the ocean in terms of the needs of the Nepalese people, it is a shining example of Labour working with people in need both in the local community and in the wider world.