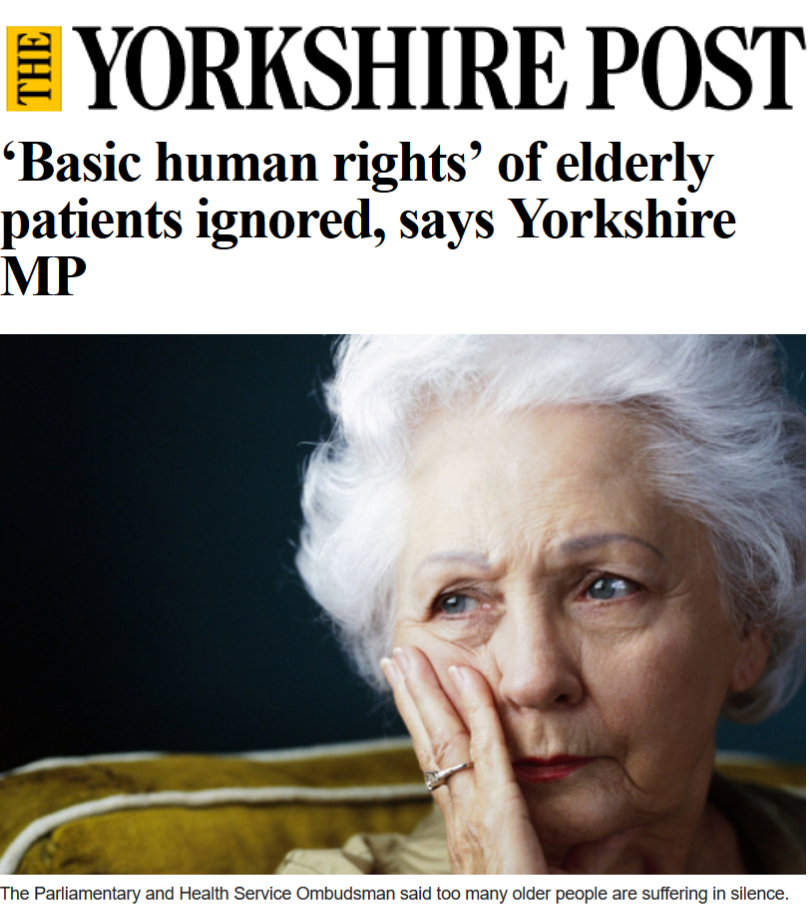 Rachael Maskell, Labour and Co-operative MP for York Central and Chair of the All Party Parliamentary Group for Older People and Ageing, has today (17 August 2017) criticised the Government for failing to uphold the basic rights of elderly patients within the National Health Service. Ms. Maskell was responding to an alarming new report issued by the Parliamentary and Health Service Ombudsman (PHSO) which found that over a third of family members have been concerned about the hospital care of an elderly relative.

The PHSO surveyed 600 people who had an elderly family member stay in hospital overnight during the past year. Respondents cited examples of the humiliating treatment of their elderly loved ones, such as having to call 999 from a hospital ward for want of attention, or being forced to wear undignified “adult nappies”, even when the patient could use a commode with assistance. The survey also found gross inadequacies in the handling of complaints: a shocking two-thirds of those with concerns did not feel their complaint made any difference.

Ms Maskell is determined to prioritise standards of care for the elderly and reiterated this objective at a meeting with the Care Quality Commission (CQC) on the 11th August 2017.

Despite York’s above-average quality of care, Ms Maskell points out that much more can be done on the Government’s part to deliver world-class standards of care for the elderly across all nations and regions of the UK.

Rachael Maskell MP says:
“It is shocking that the basic rights of older people are being ignored within the health service. It is time that the UK devised a framework of ‘Rights of Older People’ and enshrined this in law. The Labour Government in Wales have done much to establish a Commission for the Rights of Older People, and yet the UK Government has only ever offered warm words. This is so patronising when there are serious issues to be addressed about the standard of care that older people receive.

“In an environment where services are run on challenging staffing levels and it is incredibly pressurised, it is vital that staff are provided the time to care and the training they need to provide an excellent service. The Government’s programme of funding restraint has had a negative impact on care, and they should start by redressing this by scrapping the Capped Expenditure Process, which will place even more pressure on underfunded and understaffed services; cuts always have consequences.

“All people should have the right to receive full dignity and the highest standards of care across the Health and Care service. Part of providing this is ensuring that older people are fully involved in their programme of care and all plans should be made with them. Carers also play a vital role in supporting people at their time of need, and should also be given a clear place to raise concerns and have those concerns addressed.

“It is evident that the systems for raising concerns is failing patients and their carer’s, and following recent meetings that I have had with the CQC it is clear that the current system is woefully inadequate.”