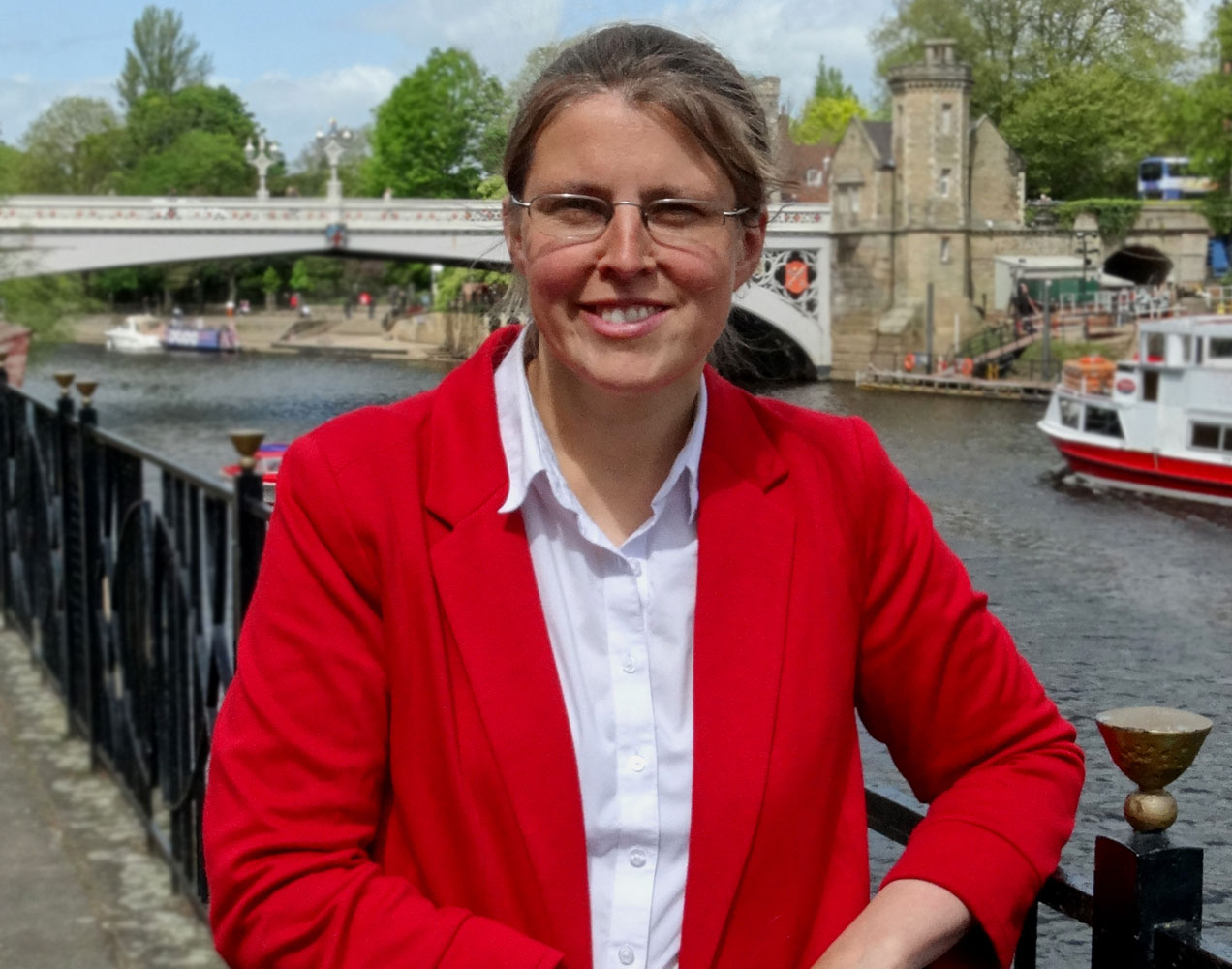 It is well established that there are serious restrictions in the capacity and quality of older person’s accommodation in York. The last Labour administration at the City of York Council identified this need and proposed a visionary programme of care provision across the city. A suitable partner was unable to be found to deliver the proposed programme. I am pleased to say that the current administration has adopted a large part of the programme, and are now consulting on the proposals.

I note the changing standards framework of the Care Quality Commission (CQC) in ensuring that new build and renovated provision must contain en suite facilities, room size minimums, improved communal space and enhanced access requirements like wider corridors and improved facility layout, however these are not obligatory currently. Residents report to me that their current priorities are centred on interpersonal relations they have with each other, families and carers, staff and their geographic location and wider community, and they are not concerned about the CQC new criteria. It is understood why the new criteria is important for the future build, however the CQC also has responsibility for residents’ safety and therefore wellbeing. It is this which resident and families are reporting is being lost in the current consultation.

There are seven current centres where older person’s accommodation is provided, accommodating 183 people with a spectrum of support needs. 2 care homes, Oliver House, which is being converted into McCarthy & Stone accommodation, and Fordlands have already closed.

Core components to the additional and upgrade provision will be through the development of a Health and Wellness Campus at the Burnholme School site, the extension of 27 units at Glen Lodge on Sixth Avenue, together with 24/7 care and similar care is now available at York Housing Association’s Auden House on Cemetery Road within my constituency of York Central. Additional upgrades are expected at Marjorie Waite Court Sheltered Housing and also to Joseph Rowntree House Trust’s Red Lodge and Haxby Hall which are outside my constituency. Oakhaven is earmarked for a total redevelopment. Other locations are being considered for closure and their assets sold like Grove House.

The current consultation covers a wide range of considerations. From my discussions, I want to focus on key areas of concern raised by constituents, residents, families, carers and staff, including location and transition.

All locations which have been identified for closure in the short, medium and longer term should make residents aware of their proposals, including the indicative timetable for the programme, and residents’ choices should be discussed. Transition can then be planned alongside current residents and their family/carers as to the best plans for their future and how to transition to a new location will be facilitated, with choice options along the way should placement options become available.

Wherever possible, residents should move together with staff and their circle of friends to maximise security and maintain relationships.

For all new residents and those facing, for example, discharge from a hospital to a new care home, the closure programme should now be discussed with them to help them make better choices and to assist residents understanding of the future. Where future moves can be avoided, then this should be a priority.

Impact of closure on residents

It is well documented that home closure and relocation, has the potential of increasing risk for old and frail people, and it can lead to premature mortality, particularly if the closure is not carried out appropriately. The research, in particular, highlights the risks that are created when service users do not have control over the process.

The feedback from residents and families is that the way the consultation has been carried out to date has not provided control in the process. The report back from people associated with the two homes earmarked for closure believe that the consultation process is a ‘done deal’ and that their views will not truly be taken into consideration. This would also be demonstrated by the very short timeline between the closure of the consultation (16 October 2015) and the decision date of the Executive (29 October 2015). A genuine consultation would allow for time for all the issues raised to be explored and the plan revised in the light of the input of residents, families, carers, staff and the community.

From my discussions with families in particular, but also from residents, it is clear that a high level of distress and emotional stress has been created from the proposals. This has resulted in residents and family members being in tears and stressed by the proposals. It has been the root of the action that families have taken to show objection to the proposals, for instance through petitioning.

The core issues raised with me include:

All these issues have an impact on a residents’ wellbeing, some more profoundly than others. It also has a wider impact on the resident’s families and friends.

The feedback from the families and residents from both homes has been that they believe the timescale for the closure to be too short and they would want this extending to enable time for adjustment , time to make important future decisions and to receive the appropriate support in making those decisions. This would not preclude those wanting to make earlier decisions from coming to their conclusions in advance, nor if these personal consultations and considerations are made for the closure to come earlier if all residents’ needs are addressed, but this approach would fundamentally provide more control to residents and their families over their own futures.

It has to be asked why it is that the most vulnerable, old people often with least means, those with health, whether physical and/or mental, and care needs are the ones that have to make the greatest sacrifice in such situations. While the need to build new care provision is not disputed, those who will pay the greatest price in this process are the residents. It is therefore my concern that their confidence and involvement in their own futures is not discussed as the highest of all priorities in this process, and I would want this now to lead all decision making. I understand that a council that is forced into an austerity agenda is highly challenged, however it should be the lives of the most vulnerable people in our society that local authorities seek to do all they can to support -; not just those for the next wave of people requiring care support, but none less for the current residents dependent on the council.

Currently Oakhaven has capacity to home 23 residents on the West side of the city. There is poor provision of older people’s accommodation on this side of the city, and yet there is a significant footfall of residents and their family member from this part of the city dependent on the facility at Oakhaven, there are also some placed at Grove House who also come from the Acomb/Westfield/Holgate area. The closure of Oakhaven will mean that there is no provision in the Acomb area of York, nor on the West side of York.

Acomb is a distinct area of the city, but is also the location of Oakhaven is well placed near a modern GP centre, shops and near Front Street and the range of facilities that is available there and not far from West Bank Park which family say that they will take their relatives too.

Closure will mean that residents will see less of their family members, will be removed from their entire community as well as experience fragmentation of their friendship circles and the wider issues associated with all such moves.

From all my discussions, I believe that the only possible way of releasing the Oakhaven site is to transfer residents to alternative suitable accommodation in the Acomb area. This is currently not available, and therefore prior to any decision being made over the future of Oakhaven an urgent review must take place to once again explore the possibility of building a facility at the Lowfields  School site and all other alternative locations must be explored. In the light of increased demand for older person’s care, more provision to the west of the city must now be sought. Closure of the only facility in this area is not acceptable.

The closure of Oakhaven and moving residents to other city location would not work for residents nor their families. The suggestion to move to Haxby Hall will have serious detriment to service users and families have said that they will not only not just be able to ‘pop by’ and see their mum or dad, but will need transport to take them to the location, so visits will be limited in number, timing will not be of their choosing and this will impact significantly on the residents wellbeing. Due to the serious risks created by this suggestion urgent review is now called for.

The impact of residents being moved from their families, home and community of the wider Acomb area must now be put ahead of all other considerations. Oakhaven must remain open until this issue is addressed and suitable solutions found.

The particular circumstances surrounding Grove House differs from that of Oakhaven. The locality of Grove House at the edge of the Groves area of York does provide a link to the local community and nearby shops, and is in closer proximity to the city centre.

However the issues concerning the interpersonal relationships, timelines, fragmentation and distress are now apparent. In speaking to relatives, it is again clear that residents and families feel no control over the process, and therefore a longer time framework, where all concerns are taken into consideration is needed. There is an opportunity to find a solution that meets the needs of residents and the needs of families in a sensible time framework. The pressured timeline to suggest a closure by February and relocation to Glen Lodge as a main centre, does not provide the necessary space needed to facilitate a safe transfer. Other residents may well be transferred elsewhere.

An urgent review of the timeline in this process should now take place to enable residents the time to consider all available options and gain some control back in the process.

It is clear that the timelines needed to facilitate a safe process and appropriate levels of control for residents and their families’ needs more time. Extending the deadline for closure is called for for both locations. In addition the particular geographical challenges must be considered in Acomb, and therefore further consultation is required to find an alternative solution to the accommodation of people from that area.

I trust all the points I have raised in my response to the consultation will be addressed.