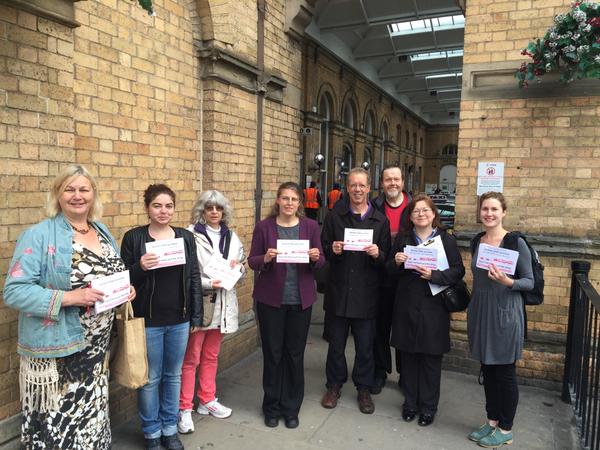 Rachael Maskell, local MP for York Central, is backing a new “Don’t Pull the Plug Campaign”, which calls on the Government to reinstate plans to electrify the Midland Main Line and the TransPennine route. Just seven weeks after the election, the Government announced that it was shelving the vital electrification upgrades – projects that Ministers repeatedly promised to deliver ahead of, and throughout, the General Election campaign.

The cancelling of the projects is bad for local passengers and bad for the local economy in York. Ms Maskell is demanding a real commitment from the Government that it will deliver these projects within a clear and published timetable.

Ms Maskell is also urging people in York to sign up to a petition to add pressure on the Government to live up to its promises: www.rachaelmaskell.com/dont-pull-the-plug

Rachael Maskell, the Member of Parliament for York Central, said:
“David Cameron has broken his promise to electrify key rail lines in the North. York is a major railway hub with a proud history, I want to see a proud future for our railways. Trains are currently overcrowded, overpriced and need urgent infrastructure investment.

“Last Thursday (16/07), in the House of Commons, I asked the Secretary of State for Transport for the assessment he had made of pausing electrification and he failed to give a clear answer other than he is ‘developing plans’.

“The Government should now live up to their election promises, reinstate the work on electrification and not pull the plug on these vital upgrades for the TransPennine route.

“I encourage everyone in York to get involved and add their name to our petition. The Government should not be allowed to get away with promising these enhancements before the election and then turn-back on its commitments just weeks later.”