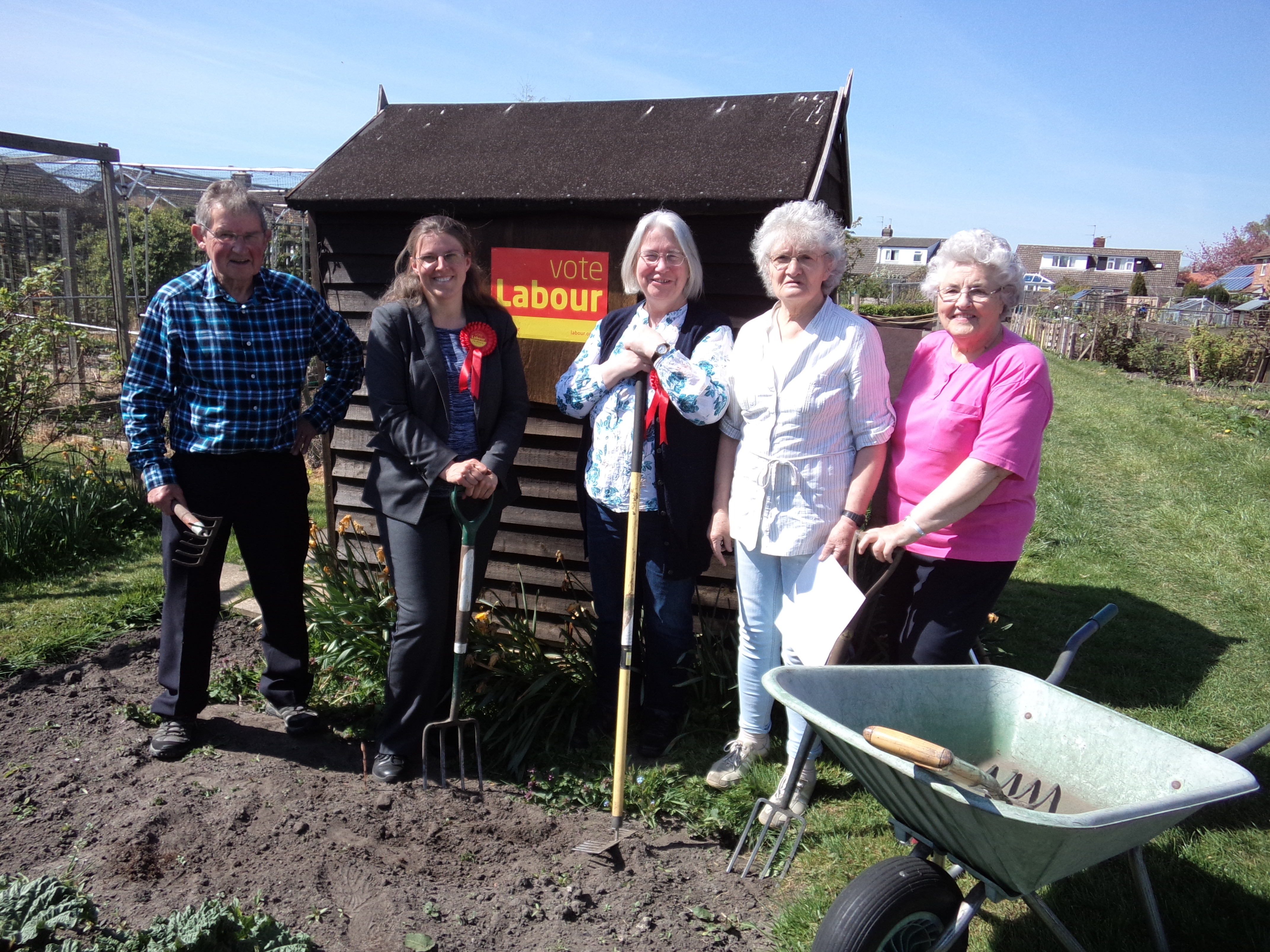 Yesterday, Wednesday 22 April, Rachael Maskell, Labour’s Parliamentary Candidate for the general election joined Holgate resident, Rosemary Thornton, on the allotment she runs together with some friends, to celebrate World Earth Day.   2015 is the 45th Anniversary of Earth Day and Rachael Maskell wants everyone to think about climate change and the impact there will be on the planet if we do not pull together to make changes to our lifestyle.

Rachael Maskell wants York to be a sustainable city.  If Labour win the election they will be investing in cleaner, renewable energy and supporting greener transport. The Labour Party will work for a climate change deal at the Paris conference in December.  Climate change is one of the most serious and complex challenges of the 21st Century and most people agree we need concerted, immediate and sustained action to reduce carbon emissions and to avert the potentially serious environmental consequences if we fail to act.  Labour has warned that climate change threatens national security because of the consequences for destabilisation of entire regions of the world, mass migration of millions of people and conflict over water or food supplies.

The previous Labour Government introduced the 2008 Climate Change Act, which set a legally binding target to reduce the UK’s greenhouse gas emissions by 80% by 2050, and a range of measures to improve energy efficiency, increase renewable energy and build a low carbon economy.  However, much more needs to be done if we are to achieve this goal.

These are a few of the changes people can make to reduce their carbon footprint:

“The coalition Government has failed to take climate change seriously. Disagreement and inconsistent messages from Ministers, as well as policy uncertainty on decarbonisation and support for renewables has undermined the leadership that Labour established in the past. Investment in renewables has collapsed and important measures such as a clear target to decarbonise our electricity supply by 2030 have been opposed.

“A future Labour government will put in place a clear plan to mitigate and manage the impact of climate change. That will mean taking action on prevention through the 2030 decarbonisation target and an ambitious EU emissions reduction target, building our resilience to extreme weather conditions and making the most of the opportunity presented by a growing green economy.  World Earth Day provides a great opportunity for everyone to get involved and I hope people will consider making just one small change to their lifestyles on Wednesday.  If every single one of us makes a small change it will make a huge difference if replicated all over the world.